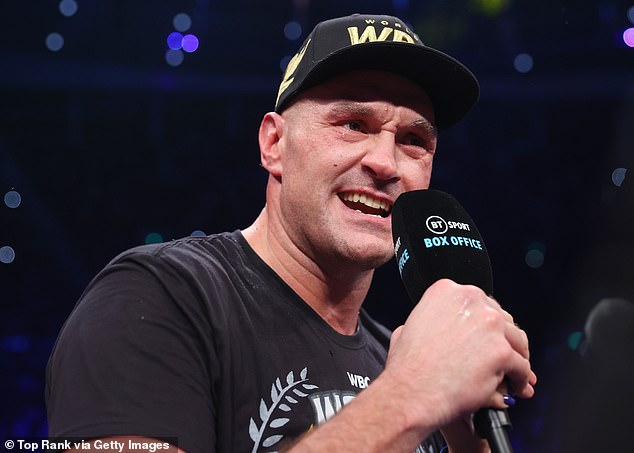 By Michael Pavitt For Mailonline

Tyson Fury has claimed Wayne Rooney has agreed to his offer of joining a four-week training camp ahead of a potential undisputed heavyweight world title fight against Oleksandr Usyk.

Fury made the offer after hearing of the Manchester United legend’s call for the boxer to be knighted by King Charles.

Rooney made the plea having been in attendance as Fury retained his WBC belt by beating Dereck Chisora at the Tottenham Hotspur Stadium, defeating him after 10 rounds in front of 60,000 fans. 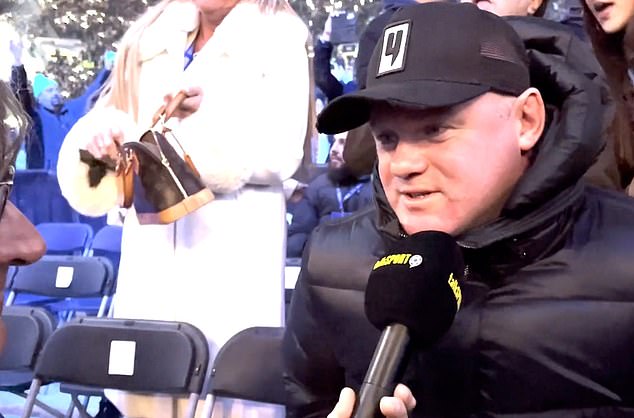 The former England captain said Fury is an ‘absolute legend’ and ‘epitomises everything that boxing is’ when lauding the boxer’s achievements in an interview with talkSPORT.

Fury responded to Rooney’s comments and joked that he needs to spar against someone smaller ahead of his potential fight with Usyk.

The Gypsy King has now revealed Rooney has agreed to come into camp for four weeks, claiming to ITV that the offer is ‘very serious’.

‘I spoke to Wayne [Rooney] last night and he’s well up for it,’ Fury said. But he’s a right-handed person, so he’s got to switch up to be southpaw left-handed.

‘So we’re going to bring Wayne in for preparation for Usyk.’ 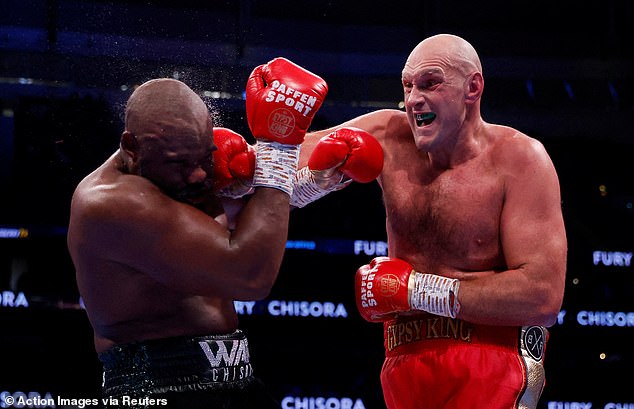 ‘No [its not a joke] very very serious. He’s agreed, so he’s going to come into camp for around four weeks to help me.’

Fury is known for his support of Manchester United with the boxer having been paraded at Old Trafford, as well as touting the stadium as a potential venue for one of his fights.

Rooney, who now manages DC United in the MLS, has previously shown support for Britain’s combat sports stars and is an avid boxing fan.

Fury and Usyk are expected to face off in 2023 to crown boxing heavyweight division’s first undisputed champion since Lennox Lewis. 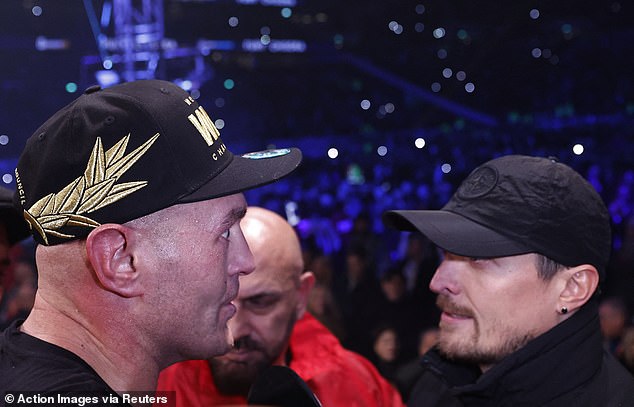 Usyk, who’s record stands at 20 wins and zero losses, with 13 of these fights being knockouts, is listed as 6ft 3ins and typically weights around 220 lbs for his bouts.

Talks for Fury vs Usyk have begun, with reports stating the fight may be held in March or April next year- although the Gypsy King’s revelation that he will have to undergo elbow surgery following his bout with Chisora could delay the highly-anticipated fight between the two heavyweights.

But Usyk’s manager has even claimed that the fight could happen as soon as February with talks ‘almost done’.