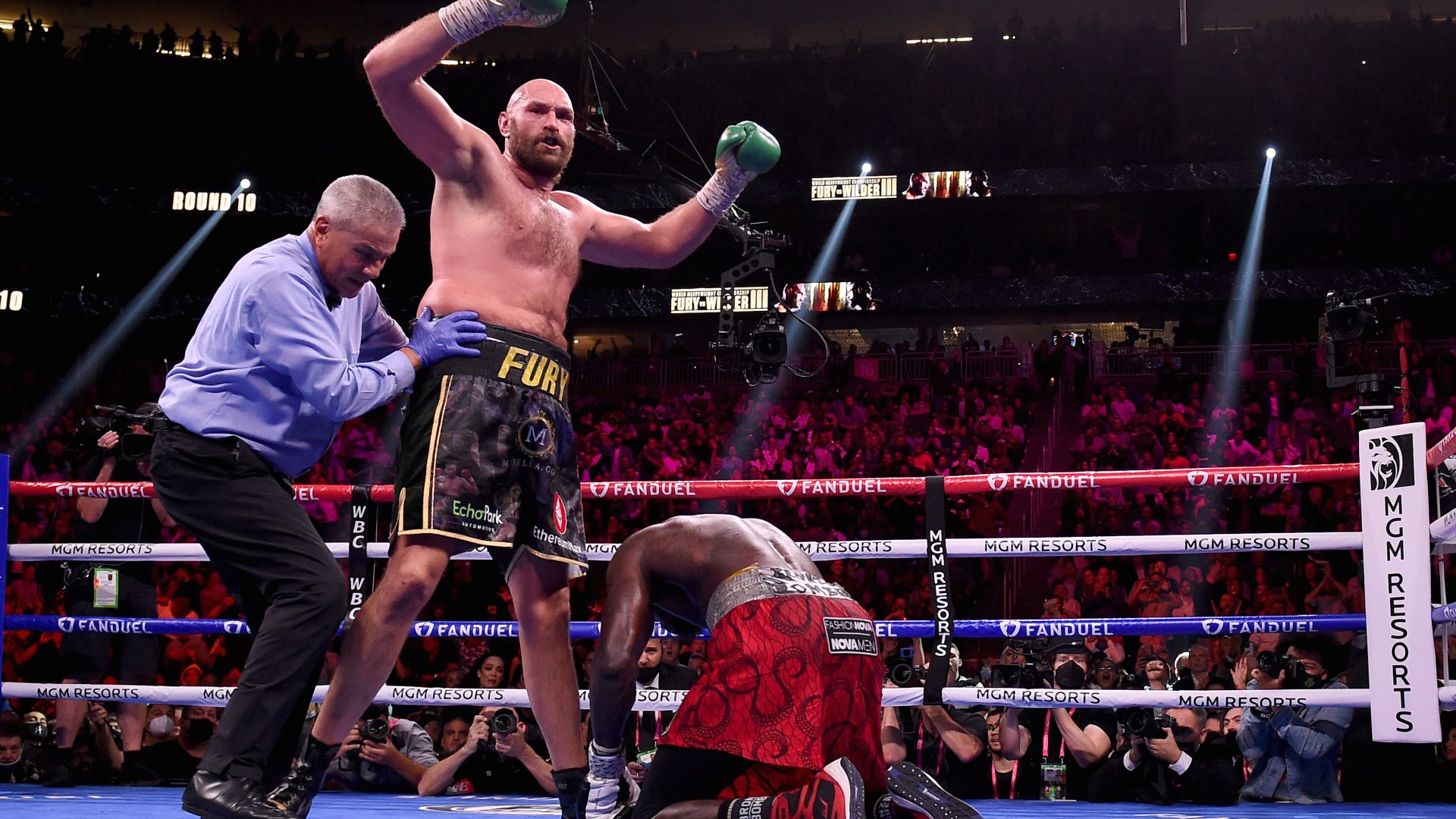 Tyson Fury was surprisingly restrained in his message to Deontay Wilder on the anniversary of their epic trilogy bout.

It is exactly one year on from what was an incredible third fight between Fury and Wilder, with ‘The Gypsy King’ climbing off the canvas twice in the fourth round, to win by eleventh round knockout.

In the immediate aftermath of the fight, with both men still in the ring, Fury approached Wilder to show respect.

Wilder, however, was not interested, and could be seen saying:”No love.”

This all stems from the fact that Wilder remains convinced that Fury cheated in their second fight by tampering with his gloves.

With that being said, a year on from their trilogy fight, Fury kept it classy as he posted on his Instagram story saying: “Hi guys, it’s my anniversary of knocking Wilder out for the third time.

“A year today, we were involved in a very epic battle, in one of the greatest heavyweight trilogies in the history of boxing.


Eubank Jr incredibly makes weight for Benn fight, despite it being called off

“Although Wilder came up short three times, he was still a worthy opponent.

“He fights next week, I wish him luck and send him positivity, which is something that he could never do to me, hence the reason he lost three times because what goes around comes around, remember that.”

Despite the pair having clashed three times already with Fury winning two and one ending in a draw, it seems ‘The Gypsy King’ is not ruling out yet another fight with Wilder.

“Don’t write a fourth fight off with me and Deontay Wilder…” Fury told SecondsOut.

“I don’t mind. It’s a great fight, if he becomes mandatory again and I don’t get this other fight with [Oleksandr Usyk], then we’ll do Wilder again.

“Who wouldn’t wanna watch that again?”

BetVictor: Pick your winner, Arsenal OR Liverpool at an enhanced 50/1!* – CLAIM HERE