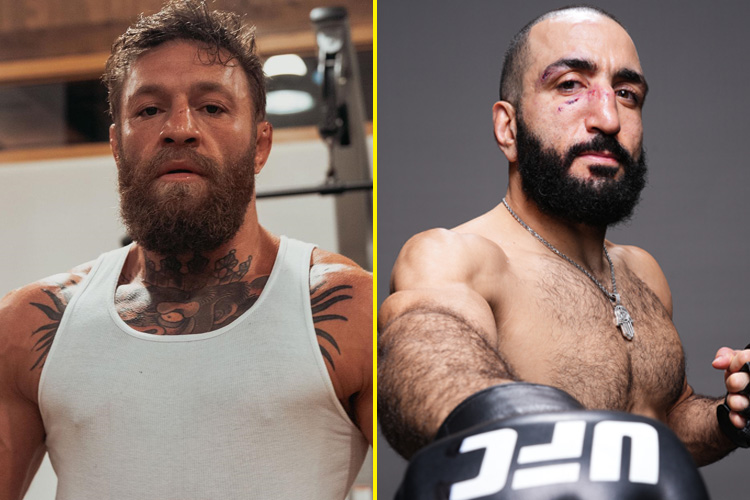 The former dual-weight UFC champion hasn’t fought since fracturing his tibia and fibula in a first-round TKO loss against Dustin Poirier at UFC 264 in July 2021.

‘Notorious’ has been healing up with an eagerly anticipated comeback fight set for 2023, which he believes will start a historic run at the 170lb title currently held by Leon Edwards.

“The greatest and the biggest sports comeback in all of history,” McGregor wrote on Twitter in August alongside a compilation of some of his biggest wins. “Will you be a witness?”

After everything he’s achieved in the sport, it’s hard to count the 34-year-old out, despite the fact he is in a poor run of form and has won just one fight since 2016.

However, one of his potential welterweight opponents believes McGregor’s career is virtually over and while he may return to MMA, he’ll never pick up another win in the sport.

“Rewatched the O’Malley yan fight 3 times and I think that at the end of the day Conor sucks [and] wont win another fight,” Muhammad wrote on Twitter in an unprompted jab at McGregor.

The usually hot-headed Irishman responded to the dig with a bunch of laughing emojis followed by the hashtag ‘customer’ suggesting Muhammad is not a rival and someone who pays to watch him fight.


UFC schedule 2022: Every upcoming fight – Adesanya vs Pereira and Pimblett next fight

‘Remember the Name’ is riding high after picking up a second-round TKO win over fellow contender Sean Brady at UFC 280 in Abu Dhabi this past weekend.

The Palestinian-American ranked at #4 in the welterweight division after putting together an eight-fight win streak over the likes of Stephen ‘Wonderboy’ Thompson, Vicente Luque, and Demian Maia.

A no-contest with the current 170lb king is the only mark on his recent record after he was unable to fight on following an inadvertent eye poke from Edwards at UFC Vegas 21 in March 2021.

After his latest win, Muhammad used his time on the mic to call out Edwards and Khamazat Chimaev.

However, ‘Rocky’ is due to defend his belt against Kamaru Usman in England early next year, while Chimaev is expected to face Colby Covington on the same card.

So, Muhammad is out in the cold when it comes to the welterweight title picture and may be looking to create beef with McGregor in order to secure a high-profile and lucrative fight.