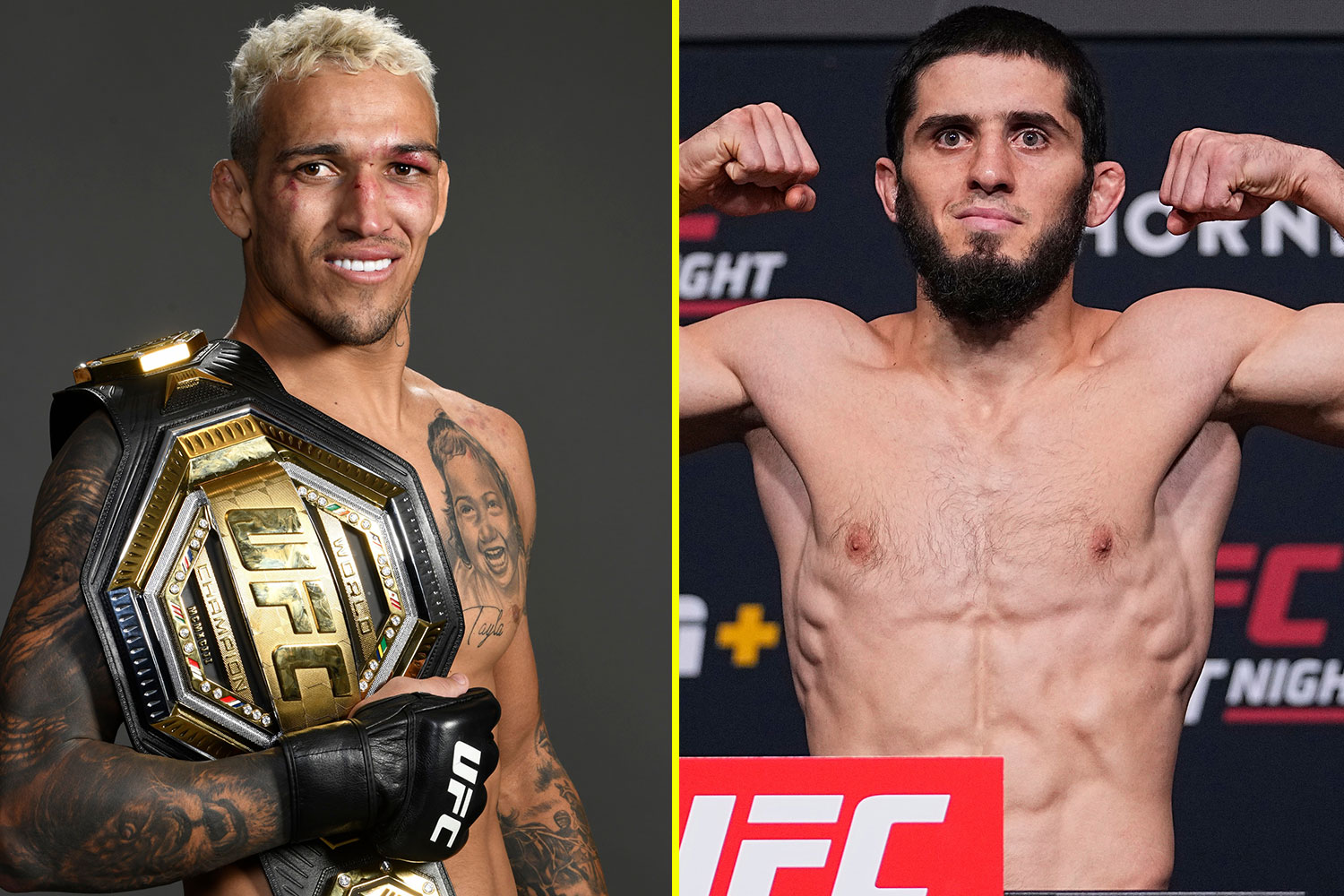 UFC 280 will play host to two title fights on a huge evening of MMA action in the United Arab Emirates tonight.

Charles Oliveira and Islam Makhachev will clash for the lightweight crown while Aljamain Sterling will defend his bantamweight strap against TJ Dillashaw.

Abu Dhabi is ready to host the main event action with Petr Yan vs Sean O’Malley also on the stacked card.

Oliveira vs Makhachev should be a thriller.

‘Do Bronx’ is going into the fight off a fine run of form and beat Justin Gaethje at UFC 274 in May.

But he missed weight in that title clash and was stripped of the UFC Lightweight Championship.

He’ll now be looking to reclaim his crown five months later after successfully weighing in at 154.5lbs – the same as Makhachev.

Makhachev has a record off 22 wins and one loss and KO’d Bobby Green last time out.

UFC 280 is scheduled to take place on Saturday, October 22 and is being held at the Etihad Arena in Abu Dhabi.

The prelim action will start at 3pm for UK fans with the main card getting underway from 7pm. Oliveira vs Makhachev can then be expected at around 10:15pm.

The main card action will be pay-per-view in the UK and will be shown on BT Sport Box Office. It will cost £19.95 and will be live from 7pm.

The prelims will be available to watch on BT Sport 3 from 5pm.

talkSPORT will also have all the build-up and reaction to the event throughout fight week.

“But I’m gonna show that my history, my background, the number of fights I’ve had, my contenders, these will come to show on that very night. In this sense, I’ll shock the world because people will change their opinion about this.”

“Or when you’re 27 and at your physical peak, but mentally you’re not there yet, because you’re just 27, not 31. And Islam is at his peak. I think Islam is better overall.

“Of course, there are some potential dangers that we’re working on where Islam needs to be careful. Other than that, Islam should roll over him.”