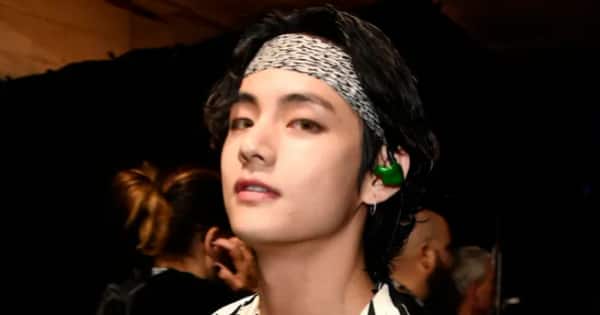 BTS V aka Kim Taehyung is active on Weverse interacting with the ARMYs as and when he can. Taehyung has been working on mixtapes for some time now. Just last year, Taetae had revealed that he was going to remake the songs from his mixtape that he was working on. The Permission To Dance and My Universe hitmaker had made about 10 songs, it was said. And now, BTS V aka Taehyung has given an update on his mixtape. On Weverse, while interacting with an ARMY, the Christmas Tree singer gave an update on his mixtape front. He was asked by an ARMY as to when will he drop his mixtape. Also Read – BTS: After Jungkook, Jimin flaunts his tattoos – here’s a list of all the places he has been inked

Taehyung’s mixtape is one of the most awaited ones. He had been working long and hard for it. BTS V aka the most handsome man was active and interacting with the ARMYs on Weverse. An ARMY posted on Weverse asking, “When is Taehyungie’s mixtape going to be released?” to which the Dynamite singer said, “I’m going to release it within this year.” BTS ARMYs would have gone bonkers on seeing this message of V on Weverse. Also Read – Trending Hollywood News Today: Kylie Jenner opens up on postpartum, BTS’ Jungkook gets a shout-out from Netflix India and more

Another ARMY tweeted that he was looking forward and asked the BTS member to not feel burdened about it. He said, “Taehyungah, it would be a lie to say that I’m not looking forward to it but… hehe don’t feel burdened, and put a lot of heart into it.” BTS V asked the ARMY to look forward to his mixtape. Taehyung had given ARMYs a glimpse of his songs but soon deleted it. He expressed his regret and apologized when an ARMY asked him about the same. “Ah lol all the songs I upload are not going on the mixtape, I deleted them after uploading it. I apologize in advance, I don’t even remember.” Taehyung also revealed that he has a habit of trashing his song files as well. He asked his fans whether he should look it up in the trash. Also Read – BTS: Kim Taehyung’s special request to his dad at PTD Seoul to make him bond with J-Hope’s papa proves how much Bangtan Boys love their families 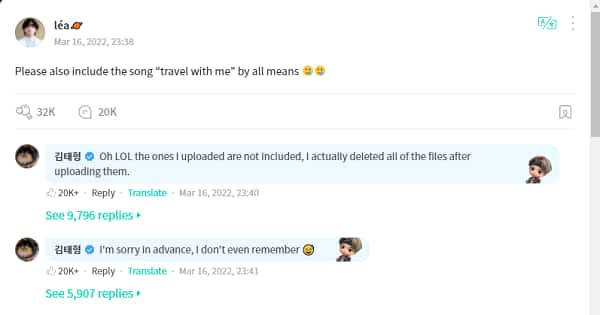 ARMYs are trending ‘KTH1 IS COMING SOON’ on Twitter. Check out the tweets below:

I guess Kim Taehyung heard us, with

I love you Taehyung

Listening to the global hit OST #V_ChristmasTree (#ChristmasTree) by #V of @BTS_twt the Main OST of Our Beloved Summer. https://t.co/SK3pE1NhZD

On the other hand, BTS will be attending the GRAMMYs in April wherein, they’ll be giving a performance as well. Elsewhere, they’ll hold a concert in Las Vegas on 8th April, 9th April, 15th April and 16th April.