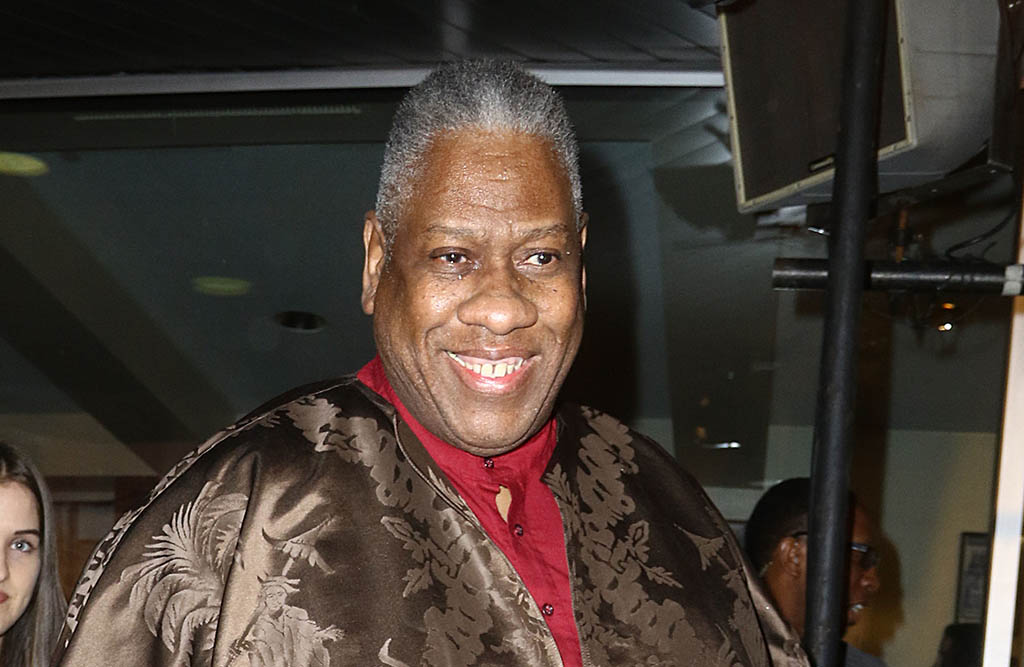 TMZ reported that Talley died Tuesday at a hospital in White Plains, N.Y. His cause of death has not been revealed.

A singular voice, Talley rose through the fashion ranks at WWD, Vanity Fair and House and Garden, but it was his tenure at Vogue that defined his illustrious career. Talley chronicled his incredible highs and dramatic lows in “The Chiffon Trenches,” his 2020 memoir.

“Good bye darling André… no one saw the world in a more glamorous way than you did … no one was grander and more soulful than you were…the world will be less joyful! I have loved you and laughed with you for 45 years…. I miss your loud screams …I love you soooo much.”

From the beginning of his storied career, Talley helped pave the way for many fashion talents, including Manolo Blahnik, a close friend.

“I first met Manolo on Fire Island. I was so impressed with his clothes,” Talley told FN in 2017. “He had beautiful periwinkle blue linen lace-up oxfords, celery green oxfords, pomegranate oxfords. Some of the best times I had with him were in Bath, [England, where the designer still has a home]. He is a fabulous entertainer and raconteur. At Paloma Picasso’s wedding party, Manolo was just amazing, dancing on the balcony with Tina Chow. He is a man who will never stop.”

After he stepped down from his longtime creative director role at Vogue, Talley partnered with a number of big names across the industry.

In 2014, for instance, he helped Zappos.com launch its couture site as artistic director.

And more recently, Talley teamed up with Ugg for a 2020 campaign and presented its parent company Deckers with FN’s 2020 Company of the Year award at the virtual FNAAs.

“I am the No. 1 Ugg fan,” Talley explained. “In fact, you’ve seen me so many times on the front row [during] Fashion Weeks … in the international global fashion cities — Paris, London, Milan and Rome — wearing the classic Ugg boot.”

This is a developing story. Check back for more.