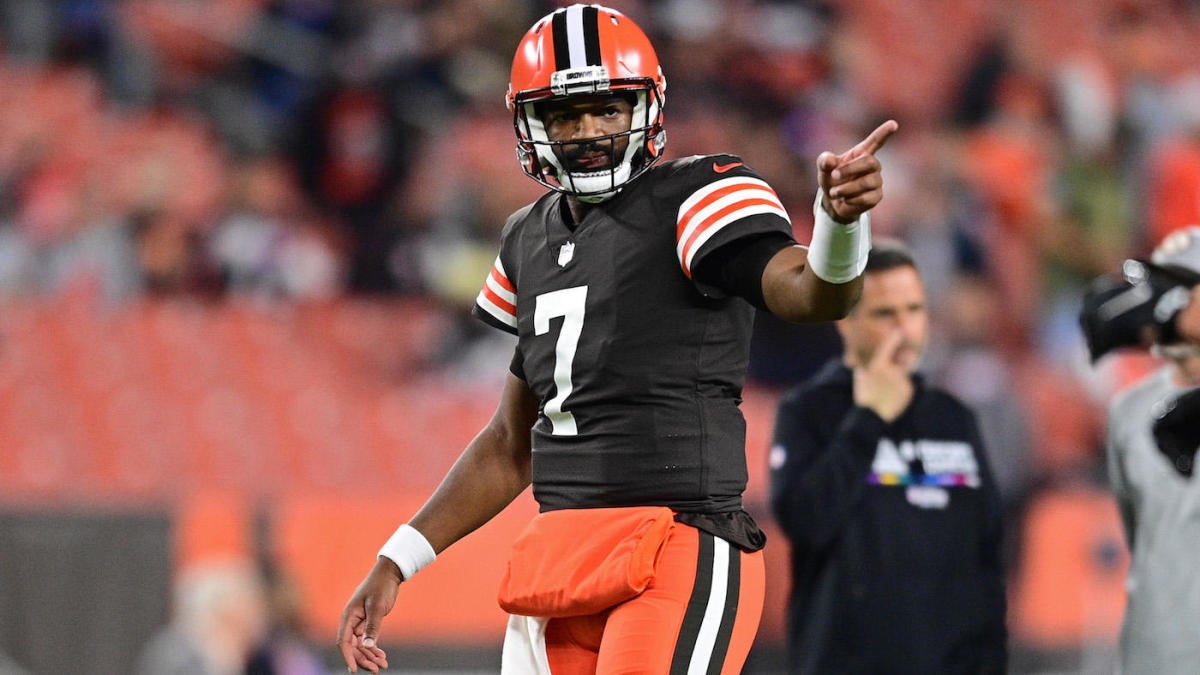 The Cleveland Browns were borderline frightening on Halloween night, as they handed the rival Cincinnati Bengals a 32-13 loss to wrap up Week 8. Jacoby Brissett and Nick Chubb helped in snapping Cleveland’s four-game losing streak, as the quarterback and running back combined for four total touchdowns.

As the Browns coasted in the fourth quarter with a double-digit lead, we saw a hilarious moment between Brissett and the Bengals defense. Facing a fourth-and-5 with 5:43 remaining in the game, the Browns offense took the field. Brissett attempted to lure Cincinnati offsides with the hard count in order to pick up the free first down.

The quarterback saw Bengals linebacker Logan Wilson lean forward in his stance, leading Brissett to say “I almost got you 55!” After the next hard count, Brissett told the defense to “Come blitz! Come blitz!”

Check out the exchange, here:

The Bengals defense remained disciplined and did not fall for Brissett’s tricks.

It was a light moment in what was a dominant performance for the Browns. Deshaun Watson’s backup is now 3-5 as the starter on the year, and his 278 passing yards Monday night marked a season-high for the journeyman signal-caller. Brissett is scheduled to make three more starts before Watson returns from his 11-game suspension for violating the NFL’s personal conduct policy.