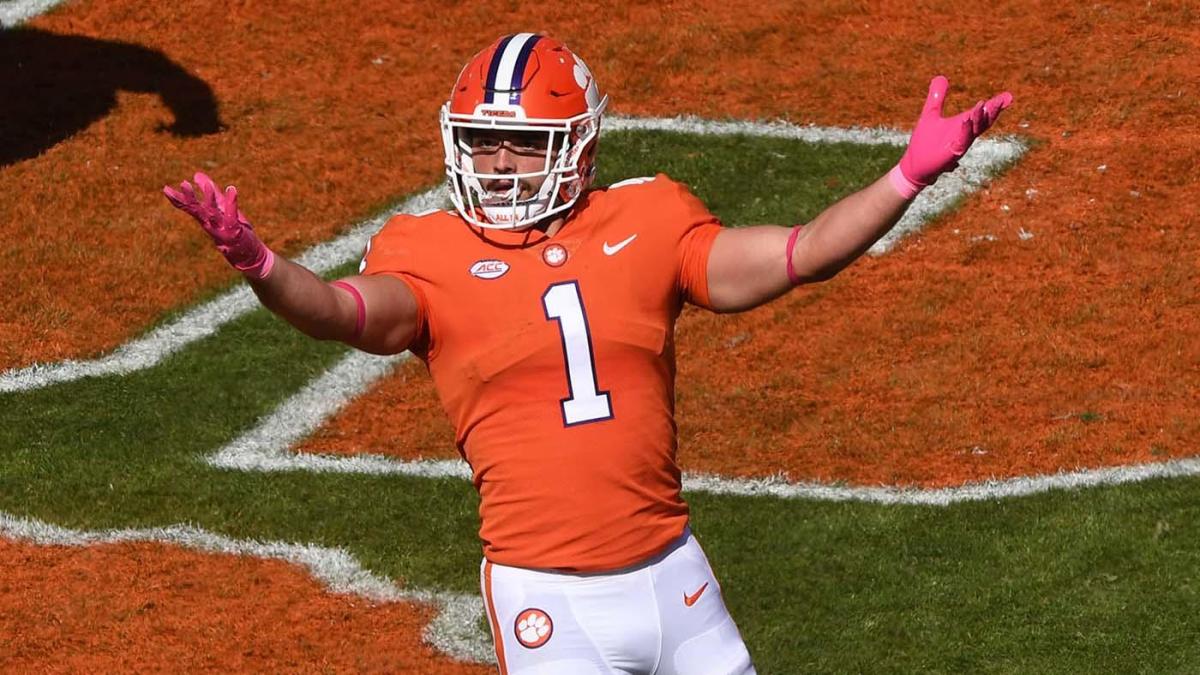 Clemson running back Will Shipley pulled off a sensational hurdle during a 25-yard touchdown scamper early in the third quarter against Louisville to put the No. 10 Tigers up 24-10. Shipley patiently navigated through the line of scrimmage before sprinting into the open field. However, three Louisville defenders waited in the secondary. No matter; Shipley jumped over the first defender, absorbed the hit from two others and stayed on his feet to easily waltz into the end zone.

Shipley’s run gave Clemson a three-score lead in what is shaping up to be a bounce-back performance after losing against Notre Dame in Week 10. The dynamic sophomore has 72 yards rushing and the touchdown on just 11 carries. He has taken a step forward in his second season and is close to reaching his first career 1,000-yard rushing effort.

Clemson quarterback DJ Uiagalelei has been strong in a bounce-back performance, too, with 183 yards passing, 41 yards rushing and two touchdowns. If Louisville is going to get back in the game, it will have to do so without quarterback Malik Cunningham, who was pulled in the third quarter with a shoulder injury.