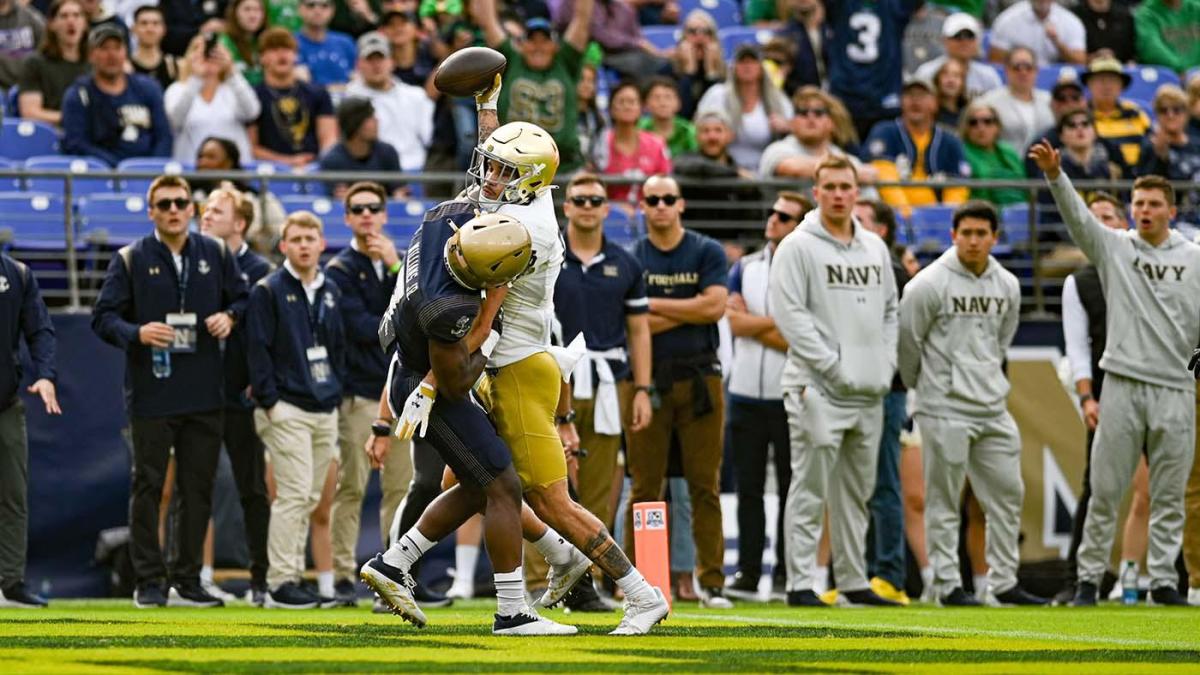 Notre Dame wide receiver Braden Lenzy brought down one of the wildest catches of the season as the Fighting Irish were able to jump out to a 21-6 lead in its annual showdown with Navy on Saturday.

The Notre Dame offense lined up on first-and-10 and decided to take a shot downfield from the Navy 38-yard line. Quarterback Drew Pyne bought time and launched it to Lenzy on the edge of the end zone. Navy cornerback Mbiti Williams Jr. was in perfect position to defend the ball, but Lenzy reached around Williams’ body and snatched the ball out of the air.

The 38-yard touchdown pass was Pyne’s second scoring strike of the day after a 30-yard touchdown toss to running back A. Estime on an angle route. Pyne completed his first nine passes and is up to 12 of 14 for 191 yards and three touchdowns against the rival Midshipmen.