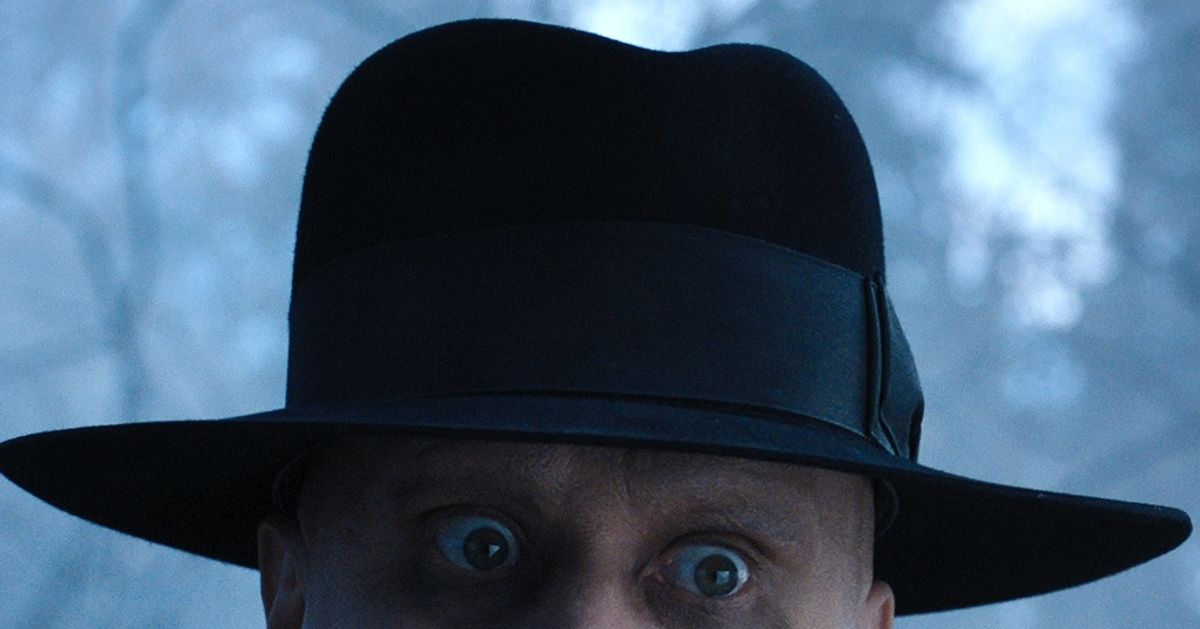 No Addams family story could be told without Uncle Fester, but fans have yet to see a glimpse of the iconic character for the upcoming spinoff “Wednesday,” which is set to debut on the streaming service in November.

The series has kept the identity of the actor playing the role under wraps for months amid much speculation (and even rumors that a certain controversial star might appear), but finally all has been revealed.

In the official trailer, which debuted during a New York Comic Con panel on Saturday, Fred Armisen is fully transformed into the gentle-ish giant, looking nearly unrecognizable with the character’s signature bald head and sunken eyes.

The “Saturday Night Live” alum reportedly makes an appearance toward the end of the eight-episode first season, which follows the titular character (Jenna Ortega) through her teenage years after she enrolls at the suitably spooky Nevermore Academy.

In the electrifying clip, Armisen’s Fester comes to his niece’s aid, telling her that he prefers to “travel incognito” before the two drive off in a polka-dotted motorcycle and sidecar.

Speaking with Vanity Fair in a recent interview, Armisen said he shaved his head for the role but was allowed to keep his eyebrows.

“They really did such a great job with the makeup and everything. I had no eyebrows. It was prosthetics over my eyebrows to give me that look. But I think that bald caps don’t look great all the time, so I was hoping to just make it that much more convincing,” he said.

“He’s weird. The character in general is just so unexpected. It’s not just one thing,” Armisen added. “He’s a mix of being a weirdo, and he also seems happy. He’s a happy monster. There’s nothing grumpy about him.”

The role has, of course, been made famous by actors Jackie Coogan and Christopher Lloyd, who played the character in the original sitcom and 1990s films, respectively. Armisen, however, said he’s not looking to reinvent Uncle Fester, but instead wants to build off the beloved past portrayals.

“I wasn’t thinking in terms of what I can bring to it to make it different. I thought, No, I want the Jackie Coogan version. That’s the version I can hear. Christopher Lloyd’s is amazing too. I wanted to just keep it there,” he said. “I didn’t have any designs on, ‘Well, now I’m going to add this element…’ No, this is someone who likes wearing those big coats, and is enjoying his own eccentricities.”

Joining Armisen in the series are Catherine Zeta-Jones and Luis Guzmán, who play Morticia and Gomez Addams, as well as Isaac Ordonez as Wednesday’s brother Pugsley. Christina Ricci, who starred as Wednesday in 1991’s “The Addams Family” and its sequel “Addams Family Values,” plays an original character named Marilyn Thornhill in the series.

“Wednesday,” however, centers on Ortega, as the eponymous Addams daughter “attempts to master her emerging psychic ability, thwart a monstrous killing spree that has terrorized the local town, and solve the supernatural mystery that embroiled her parents 25 years ago — all while navigating her new and very tangled relationships at Nevermore,” per the official synopsis.

Director Tim Burton will helm four of the eight episodes of the series, which will be overseen by showrunners Alfred Gough and Miles Millar, who will also serve as writers and executive producers.

“Wednesday” arrives on Netflix on Nov. 23. Watch the new trailer below.