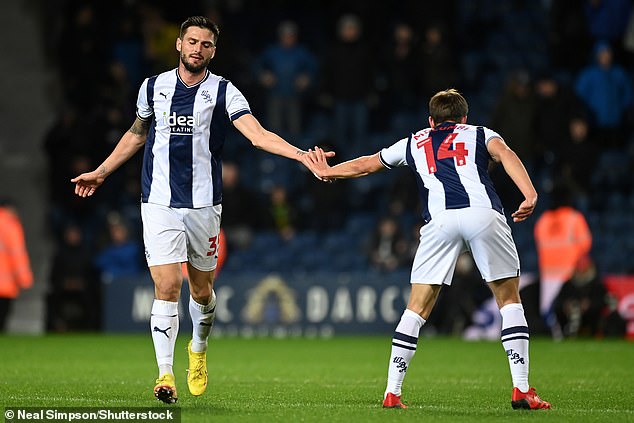 By Tom Collomosse For The Daily Mail

Though Okay Yokuslu’s goal five minutes from time gave new boss Carlos Corberan his opening victory as Albion boss and took the club off the bottom of the Championship, it will take more than a single victory to solve the deep-rooted issues at this club.

‘‘I respect every type of behaviour from the fans but I’m here to change their feeling,’ said Corberan. ‘I want to make fans proud of the team. Throughout the game they were supporting the team a lot and that isn’t easy for them when things aren’t going well. Our challenge is to make the fans happy.’

Lai, who is based in China, is hugely unpopular with fans, who demanded to know when a £5million loan he took from the club in March 2021 will be repaid.

When Lai took control of Albion in 2016, they were in the Premier League, but now find themselves staring at possible relegation to League One.

Albion supporters targeted Lai with X-rated chants while also shouting ‘Where’s the money gone?’ and ‘Stand up if you want Lai out.’

The pockets of empty seats visible across The Hawthorns were as effective a protest against Lai as any chant, though the 19,786 crowd stayed with their team throughout.

The Spaniard is a protégé of Marcelo Bielsa and has promised to bring the ferocious work ethic which made his mentor famous.

‘Sometimes we don’t understand what confidence means,’ added Corberan. ‘To me it means knowing you can do what you have to do. We cannot wait for one positive result just to get it back.

‘The wins help everyone believe in the things we propose. We want to become a very difficult team to beat at home.’

His first game ended in a home defeat by Sheffield United last Saturday after Albion blundered by giving away their tactics via training clips posted on social media. 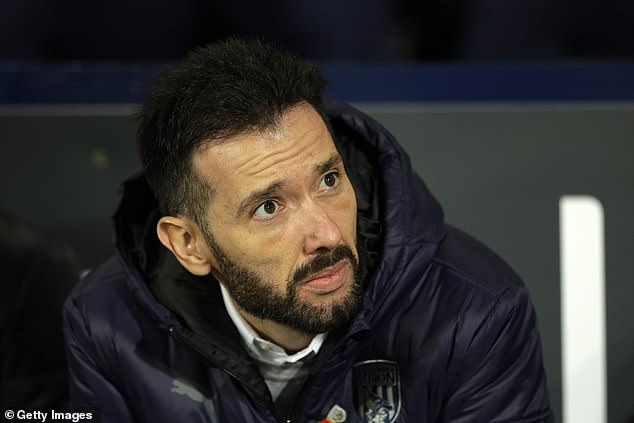 Carlos Corberan, the West Brom manager, will have been relieved with the late winner

Though there were no such errors this time, Blackpool’s defence still had little trouble keeping Albion at bay.

The only chance of the first half fell to West Brom when Karlan Grant ran on to Yokuslu’s pass and cut inside Marvin Ekpiteta before shooting straight at Chris Maxwell.

Soon after the break, Matt Phillips blasted over from a similarly good positon and John Swift was also off target. Moments later, Swift was denied by Maxwell from eight yards.

West Brom finally got the goal their efforts deserved when Swift’s corner was helped on by Darnell Furlong and substitute Brandon Thomas-Asante for Yokuslu to stab in at the far post.

‘I can’t say we deserved to win but I thought it would have fizzled out into a 0-0,’ said Blackpool boss Michael Appleton. ‘We didn’t look like scoring tonight.’ 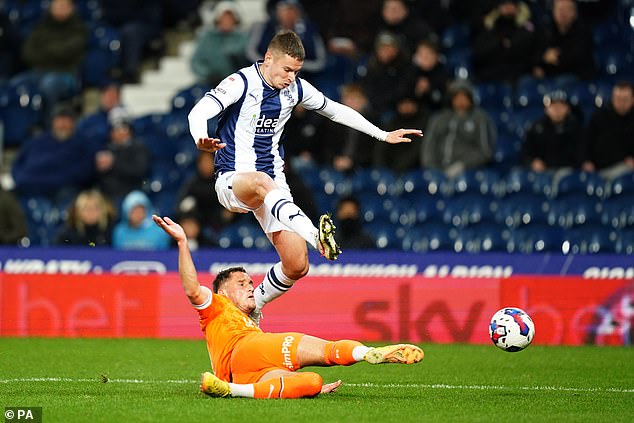