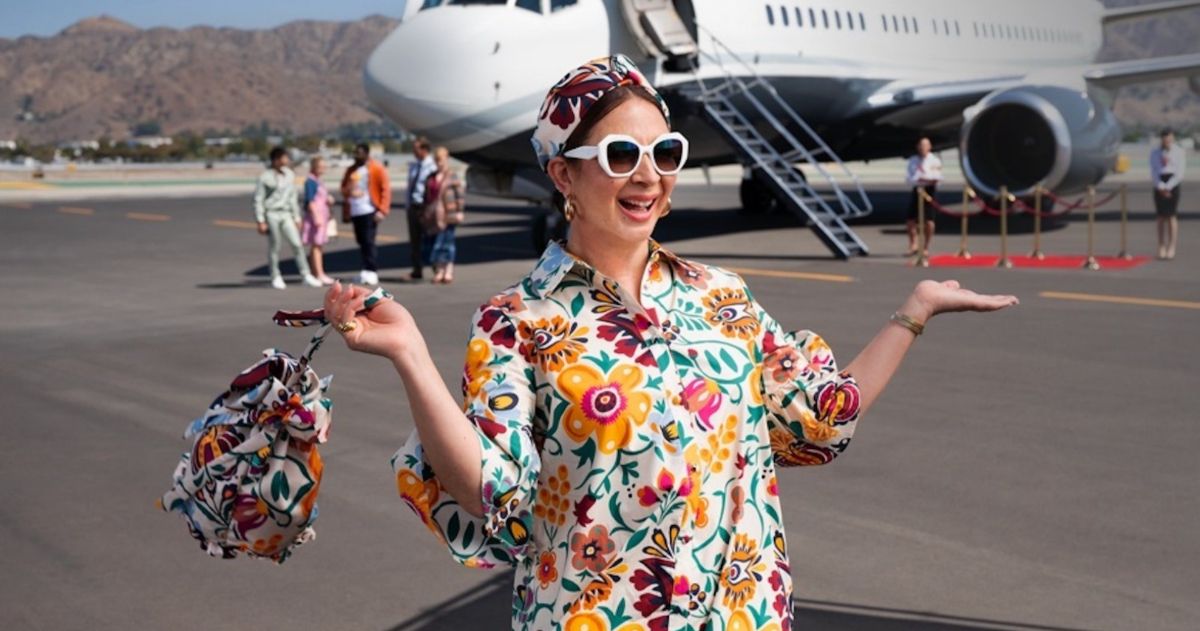 AppleTV+‘s Loot recently completed its first season. The Maya Rudolph vehicle about a woman whose husband left him for a younger woman after she turned 50 is a relatable and well-trafficked story. Loot’s twist is that the wife has been left by a Jeff Bezos-style billionaire whom she’d supported when they were broke 20-somethings and also worked in every aspect of her husband’s business from day one until he became a multi-millionaire. Sound familiar? Viewers can’t help but draw the parallels between Maya Rudolph and Adam Scott’s Molly and John Kovak and Jeff and MacKenzie Bezos. However, other than that and the fact that Molly goes on to become a major philanthropist post-divorce, Loot veers into very different territory.

When John leaves Molly, he diminishes her role in his business by saying that she had spent 20 minutes tanning herself by their pool. Molly is lost, as anyone in her position (even without billions of dollars) would be. She reverts to her maiden name of Molly Wells and finds out she has a foundation that performs charitable acts and decides to wander into the office one day with her snarky assistant Nicholas (Joel Kim Booster) where they meet Sofia (MJ Rodriguez), Arthur (Nat Faxon), and Howard (Ron Funches), who turns out to be Molly’s cousin. These five characters are the core group in Loot and throughout the 10-episode first season, they learn, grow, and change together and individually. Molly brings a perspective of self-care, valuing yourself, and treating yourself, while the foundation staff instills in Molly a sense of humility and really makes her care about the causes they are devoted to.

Loot has been renewed for a second season. No release date has been revealed as of this writing.

Throughout the 10 episodes of Loot, each of the characters confronts their shortcomings and failures and finds their way out. Sofia is a workaholic who lives, breathes, eats, and sleeps Molly’s Foundation. She’s a robot. Meeting freewheeling, laid back, clumsy Molly rocks Sofia’s world. They could not be more different, and yet they find their way to a friendship and influence each other in good ways. Molly becomes more responsible and thoughtful and Sofia learns the value of taking time off and letting things go.

Arthur is a divorced Dad and classic middle management sort of underachiever. The attention Molly pays to him lights up his world. Conversely, Molly’s exposure to a man her own age with a completely average life gives her some much-needed perspective as well. Howard and Nicholas’ character growth comes mainly from their friendship with each other. Howard realizes his girlfriend is using him and Nicholas finds the courage to resume his acting career and along the way, they both find a true friend in each other.

Maya Rudolph’s Molly Wells is a larger than life billionaire. That’s no surprise as Rudolph, as a rule, is drawn to characters who are larger than life. She fronts a Prince tribute band named Princess, and she has played Vice President Kamala Harris on Saturday Night Live since the 2020 election cycle, for instance. Her Molly Kovak is a sunny yet often misdirected woman who is just trying to find her way, frequently through big gestures and outlandish plans. In an interview with Entertainment Weekly, Rudolph revealed that she was drawn to Loot because, “…it’s the story of a woman going through something that she never expected and is finding a part of herself that she never expected.” She also revealed that she based Molly Kovaks on Beyonce.

Loot is essentially a workplace comedy that also skewers extreme wealth. Maya Rudolph is charming in it, and she’s clearly having fun playing billionaire Molly Wells. However, it is MJ Rodriguez’s Sofia that is acting her socks off and blowing the rest of the cast away. When Sofia enters Molly’s life, it’s to call her to ask her to basically calm her jets. Molly went on a post-divorce bender that would make Lindsay Lohan’s bender from her 20s look like a teetotalers’ convention.

Sofia begs Molly to stop as she’s making the foundation look bad. Sofia thinks she’s helping Molly with self-development, but it is actually the other way around. The facial expressions on Rodriguez’s face as she witnesses Molly’s shenanigans are priceless. She doesn’t have to say a word and her eyes and face convey everything she’s feeling and thinking. She’s solid and quiet but the way Rodriguez plays her character, she’s the loudest one in the room. It is sheer joy watching Sofia’s character grow and change and develop.

What We Know About Season Two So Far

I’m curious to see Molly make those choices because she’s still pretty fresh out of this change in her life, where she thought that the money was meant to be spent and enjoyed and have fun and wasn’t really thinking about the world in that way… I think it’s probably not easy to go from filthy rich to just getting by. I’m sure her idea of getting by might involve a personal chef.

As for what she’d like to see Molly do with her money, Rudolph is a fan of Molly finding some social responsibility but also “buying a private island.” We’ll have to wait and see.