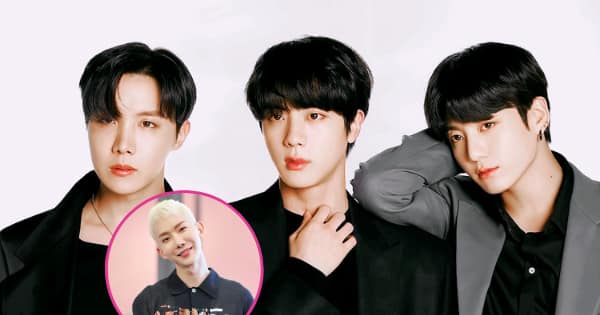 BTS is currently one of the biggest boybands and also the most talked-about boys in the world. Their popularity, songs, looks everything is discussed around the globe whether one is a fan or not. Today, we will be having a look at some throwback of BTS members – Kim Seokjin aka Jin, Jung Hoseok aka J-Hope and Jeon Jungkook aka Jungkook. It goes without saying that the BTS members had their share of struggles before they debuted as BTS. So, we are here with pre-debut videos of BTS’ Jin, J-Hope and Jungkook when they were background dancers for other band members. Also Read – BTS to submit four songs for Grammys despite military enlistment; Yet To Come on the list [Read Report]

When Jin, Hobi and Kookie worked as background dancers

We came across videos of Jin, J-Hope and Jungkook from their pre-debut era. Jungkook and Hobi worked as background dancers for 2AM member Jo Kwan for a performance/video. They are performing for Jo Kwan’s I’m Da One. Jin, on the other hand, is seen as an extra in the MV of Jo Kwan’s song. The video link was shared online on Twitter. It just shows what a tremendous journey the Bangtan Boys have had from being the background dancers to ruling the music industry altogether. Also Read – BTS: Kim Taehyung aka V goes golfing with Park Seojoon and Danielle Kang; ARMY spot interesting connection with Yeontan

J-Hope also worked as a trainee for one of Jo Kwan’s songs. An ARMY shared the video of the same online. It is from the song Animal. It was performed on a stage wherein J-Hope also performed on stage alongside Jo Kwan. Also Read – BTS: Jungkook in white jacket steals ARMY’s hearts; videos and images from Qatar go viral

Interestingly, Jo Kwan met J-Hope recently. He shared a couple of pictures on his Twitter handle. It’s the talk of the town and buzzing hot in Hollywood News. J-Hope gifted his album, Jack In the Box and its merch to Jo Kwan. And hence, ARMY brought back the videos and the images of J-Hope, Jungkook and other BTS members when they worked as extras in Jo Kwan’s songs/videos.

Meanwhile, BTS is soon going to enlist in the military after their schedules are over. Jin will be the first to join the military. In other news, Jungkook is cooking up a storm in Qatar due to his FIFA schedule. J-Hope is being a social butterfly, it seems.