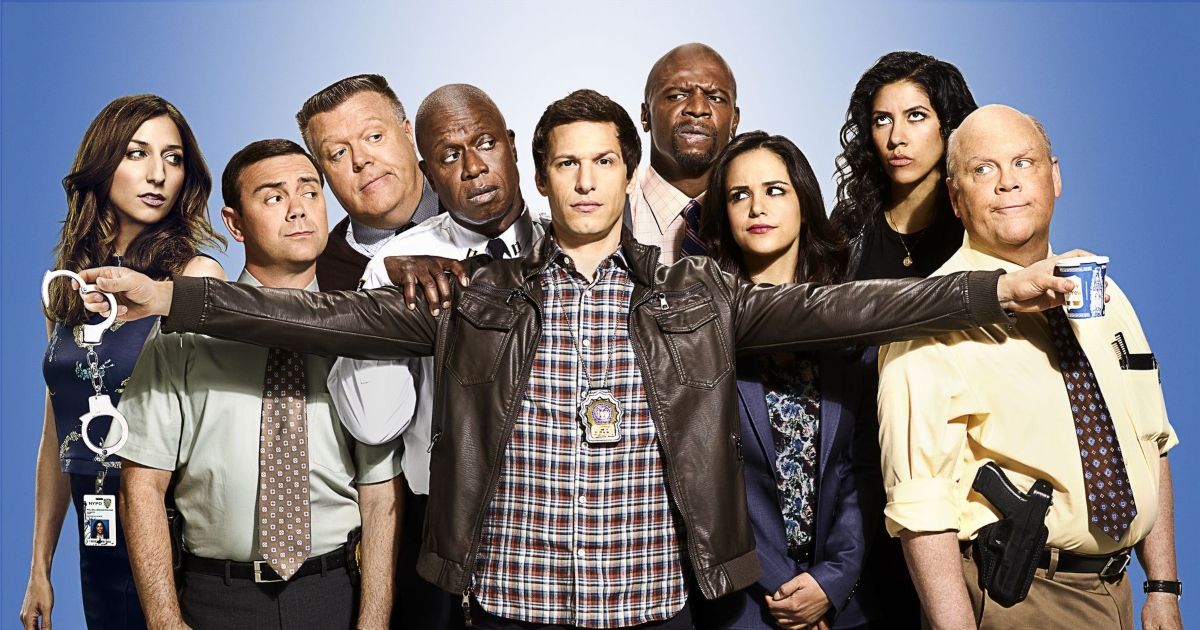 Back in 2013, Dan Goor and Michael Schur, two of the masterminds behind Parks and Recreation‘s huge success, teamed up again to come up with a groundbreaking new series: Brooklyn Nine-Nine. Over the course of its eight seasons, this police comedy series spins around Jake Peralta, a New York Police Department detective that, although successful at his job, tends to clash with his commanding officer, Captain Raymond Holt, over his careless and immature attitude. Of course, Jake’s other co-workers also lack the attitude you would expect from a detective, which leads to the most bizarre and hilarious moments.

Brooklyn Nine-Nine originally aired on Fox, until the network canceled the series after its fifth season wrapped up. Thankfully, NBC quickly stepped in and saved the day, enabling the series to stay on the air for another three seasons, before concluding with one of the best finales in the history of sitcoms. The show was a smash hit with both audiences and critics, per Rotten Tomatoes, garnering a slew of nominations and awards, most of which went to the actors who made up Brooklyn Nine-Nine and carried out their parts flawlessly. This article looks back at the actors’ careers and their most recent projects today.

Comedian, actor, producer, and writer Andy Samberg starred as Jake Peralta, Brooklyn Nine-Nine‘s immature yet resourceful lead detective. While starring in the series, Samberg also appeared in films such as Palm Springs and Popstar: Never Stop Never Stopping, and voiced a number of animated characters, like Johnny from the Hotel Transylvania franchise. His most recent projects include the film Chip ‘n Dale: Rescue Rangers, in which he voiced Dale, and the baking reality television series Baking It, in which he co-hosted with Maya Rudolph for Peacock. Earlier this year, he also voice-acted as Captain Valentine in the video game Tiny Tina’s Wonderlands.

Andre Braugher starred as Raymond Holt, NYPD’s first Black, gay police captain, but the actor is also known for his role as Detective Frank Pembleton in a different police series, Homicide: Life on the Street. Braugher boasts an extensive career in both film and television, participating in movies such as City of Angels, Primal Fear, and Poseidon. In 2022, the actor lent his voice to narrate the episode “Flood in the Desert” of the TV show American Experience, joined the cast of the legal drama The Good Fight for its upcoming season, and starred in the movie She Said, to be released in November 2022.

Stephanie Beatriz was Rosa Diaz, the toughest and most feared detective in the 99th precinct. This actress, model, and singer holds a lengthy career in television, but she has also ventured into movies and even plays. She gained great notoriety in 2021 for voicing Mirabel Madrigal, the main character in Disney’s Encanto, a role that earned her many nominations and even an award from the Alliance of Women Film Journalists in the Best Animated Female category. In 2022, Beatriz provided her voice for The Bob’s Burgers Movie and the series The Legend of Vox Machina, and she is currently working on an upcoming action comedy series called Twisted Metal.

Melissa Fumero starred as Amy Santiago, a hard-working detective who is desperate for Captain Holt’s approval. This was Fumero’s breakthrough role, following some minor parts in movies like Descent and I Hope They Serve Beer in Hell, and it kick-started an extensive career in TV, taking part in series like Gossip Girl and Marvel’s M.O.D.O.K., among many other guest appearances on game shows and competitions. Earlier this year, Fumero branched out into directing, helming episodes of the series Grand Crew and Gordita Chronicles, while also starring in the upcoming Netflix series Blockbuster.

Related: These Are the Best Workplace TV Comedies of All Time

In Brooklyn Nine-Nine, Joe Lo Truglio played Jake Peralta’s best friend Charles Boyle, a slightly odd detective who generally overshares the private details of his life. Lo Truglio has been involved in both film and television, mainly in comedic projects, such as The State and Reno 911!, as well as the movies Superbad and Wet Hot American Summer. Currently, he is working on his first project as director, the independent horror movie Outpost, whose release date is still unknown.

Chelsea Peretti played Gina Linetti, the 99th Precinct’s civilian administrator and Holt’s assistant, and while that is her best known role, Peretti first gained recognition for her work as a writer for Parks and Recreation and Saturday Night Live. While the actress and writer has mostly worked on TV series, such as Big Mouth, Kroll Show, and Solar Opposites, her portfolio also features a handful of films, like Sing 2, where she voiced Suki Lane. Peretti is currently working on a project as director, writer, producer and lead, the movie First Time Female Director.

Dirk Blocker was Michael Hitchcock, a washed-up detective and Scully’s best friend. The actor comes from an artistic family, being son of actor Dan Blocker and brother of producer David Blocker, and he started working as an actor in 1974. Over the years, he has appeared in films such as Poltergeist, Cutting Class, and Equinox, as well as in series like Baa Baa Black Sheep and Beverly Hills, 90210. Brooklyn Nine-Nine is Blocker’s latest project in the industry to date.

Joel McKinnon Miller was Norm Scully, a detective just as lazy and non-proficient as his friend Hitchcock, and he first became known for his part in the HBO drama series Big Love. Even though he starred in a small number of films, McKinnon Miller’s career has centered mostly on supporting roles in TV series and TV movies. His most recent project so far was the true crime miniseries The Staircase, where he starred as Larry Pollard.