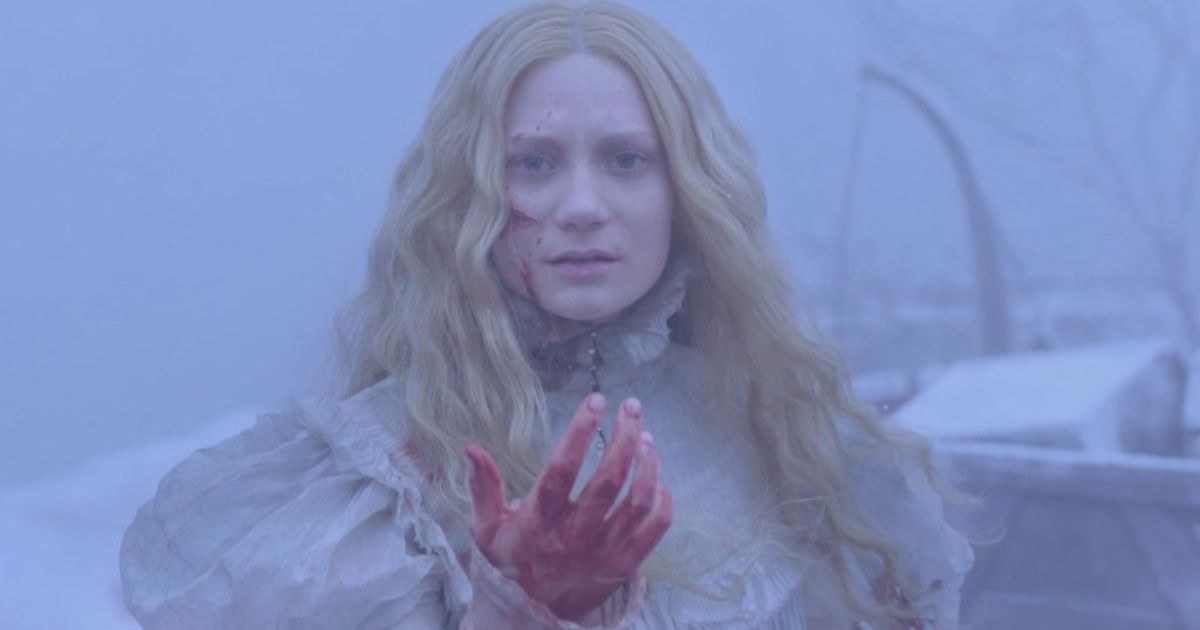 One of the strongest directors working today is Guillermo del Toro, who has made beloved films such as Pan’s Labyrinth, a film that works alongside Devil’s Backbone, Hellboy, and Pacific Rim. All of these films were well-beloved by audiences who got to watch them, but one of the stories that doesn’t get as much love from audiences is Crimson Peak.

Coming out around the 2015 Halloween season, Crimson Peak was initially marketed as a horror movie, playing up the fact that it would be scary and extremely gory. While it does have its fair share of jump scares and does have some bloody imagery, ultimately, del Toro’s film isn’t as much a horror film as it is a complex drama about love and grief, effectively taking it into more horror romance movie territory. This mis-marketing created unreal expectations in the audience and ultimately damaged Crimson Peak‘s overall reception. However, in spite of this fact, del Toro crafted an exceptional gothic film that uses its horrific imagery to get audiences interested in the tragic story of Edith. Here’s why it’s one of the director’s most underrated films.

When watching Crimson Peak, one of the immediate stand-outs is its production design. Thomas Sanders, as outlined by AD, does an excellent job of creating architecture that fits with the time period. There are shots of the mansion’s interior and exterior that are visually stunning. What’s more, the world of the film is brimming with life. The overall mise-en-scene of the film seems to also be carefully placed together to create an overall very horrific experience for the viewer.

There is also the costume design and the use of color throughout Crimson Peak. Both are used to add to the story. Rather it is Edith’s all-white clothing along with the white snow around them that allows for the red or crimson to stand out even more. Or it is used with black clothing that Thomas and Lucile wear to help their shadows stand out in order to effectively give off their very mysterious aura.

Edith is an Interesting and Complex Character

The characterization of Edith (played by Mia Wasikowska) throughout Crimson Peak is very simple but also complex. Audiences can easily relate to the loss that she feels in the story after her mother’s death. It is then given an additional concept of Edith being able to see spirits. This allows her to be able to see and interact with her mother even after she dies, as her mother continually warns her about the fate that is awaiting her. Edith is also portrayed as kind, loving, and sweet. This is even true after she falls in love with Thomas Sharpe, played by Tom Hiddleston, as she keeps her “nice” demeanor. Edith is able to represent pain and sadness through her ability to see those who have died, allowing her to also be a very empathic and almost pure character, making her a great choice as a protagonist.

Thomas Sharpe has quite the character arc within Crimson Peak. Starting out meeting Edith and using her for his greater purpose before soon realizing that he was truly in love with her and wanting to be with her. Then, there is his incestuous relationship with his sister Lucille, played by Jessica Chastain, and how their love for each other drives them both mad, creating a very toxic relationship that they each share. This relationship transforms into the moral lesson that del Toro wants us to understand from his narrative: that love can make people go mad, and this is embodied closely by the Sharpes. And yet, Thomas changes, thanks to meeting Edith as he attempts to betray his sister, whom he loved, and thus willingly dies in order to save Edith from his sister’s wrath. This allows us to see him in a very different light as the story moves forward.

Related: Why Guillermo del Toro Would Be the Perfect Director for MCU’s Ghost Rider

Incest as a plot point has been used for a handful of popular stories in American literature, film, and TV shows. Shows like Game of Thrones are well-known for their use of this trope in order to drive their larger narrative forward. Similarly, Crimson Peak uses its incestuous plot to create an understanding of the twisted relationship between Lucile and Thomas. Their forbidden romance helps drive the overall plot and creates this tension between Lucille and Edith over their respective bonds with Thomas. Looking at the few moments with Lucile and Thomas, both Chastain and Hiddleston are able to portray their long history just through their facial expression. This allows for the final act of the film to hit even harder for the audience as there is an innate understanding of their relationship thanks to the foundation that was laid previously within the film.