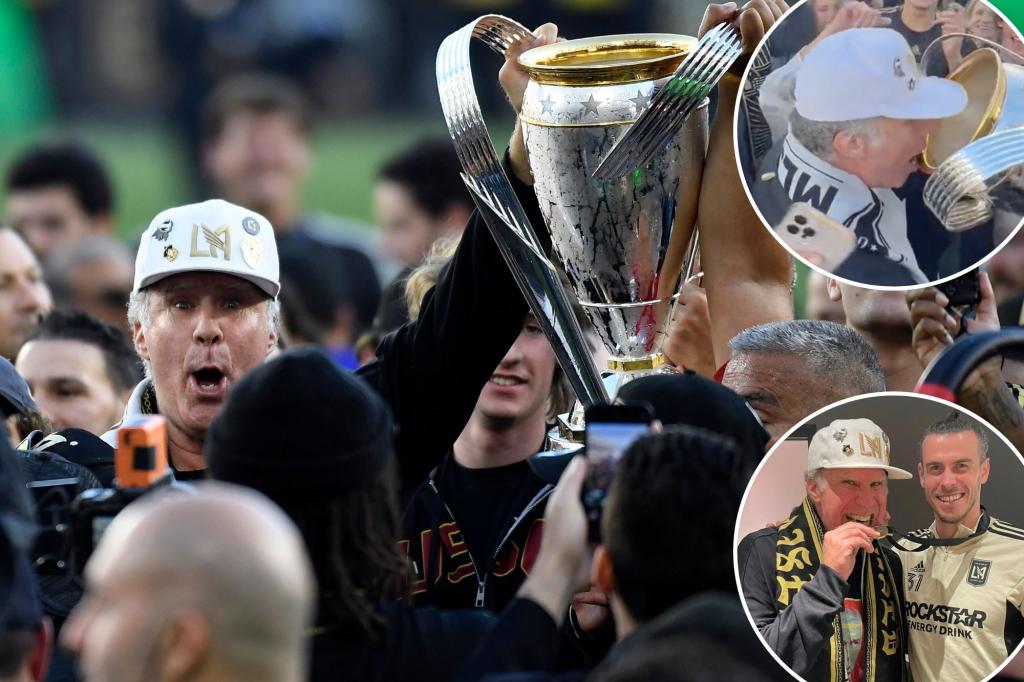 The Los Angeles Football Club (LAFC) defeated the Philadelphia Union to clinch the organization’s first MLS Cup and part-owner Will Ferrell was there to witness it all.

After the game, Ferrell did not shy away from joining the celebrations.

The 55-year-old actor was seen surrounded by a crowd drinking champagne from the trophy.

After his drink, Ferrell was still hungry and decided to take a bite out of MLS Cup hero Gareth Bale’s medal. Bale scored the match-tying goal in the 128th minute.

The California native became a partner with the club in January 2016 when he joined a venture of over 25 others including soccer legend Mia Hamm and her MLB star husband Nomar Garciaparra.

Among the 29 owners of LAFC is NBA legend Magic Johnson, who earned himself yet another addition to his trophy shelf with the win.

The Basketball Hall of Famer has previously won 10 championships with the LA Lakers, 5 each as a player and an owner. He also added rings from other leagues following the Dodgers’ World Series title in 2020 and the LA Sparks’ WNBA championship in 2016.

After LAFC clinched the title on penalty kicks, Johnson congratulated the team and his co-owners on a successful season.

“I want to share with the world, Cookie and I are champions again!! Johnson announced. “I’m so proud of our players, MVP John McCarthy, Head Coach Steve Cherundolo, and his entire staff, my business partners and fellow owners, and the entire organization.”

In the series of Tweets, Johnson shared photos of himself posing with his wife, business partners and celebrities including Ferrell and singer Justin Bieber.

The Canadian artist attended the game alongside his wife Hailey. The “Sorry” hitmaker got into it, being caught by the broadcast complaining about a missed foul call.

Even though the game was played in California, not every celebrity in attendance was rooting for the home team as “It’s Always Sunny in Philadelphia” star Rob McElhenney was rooting for his hometown Union.