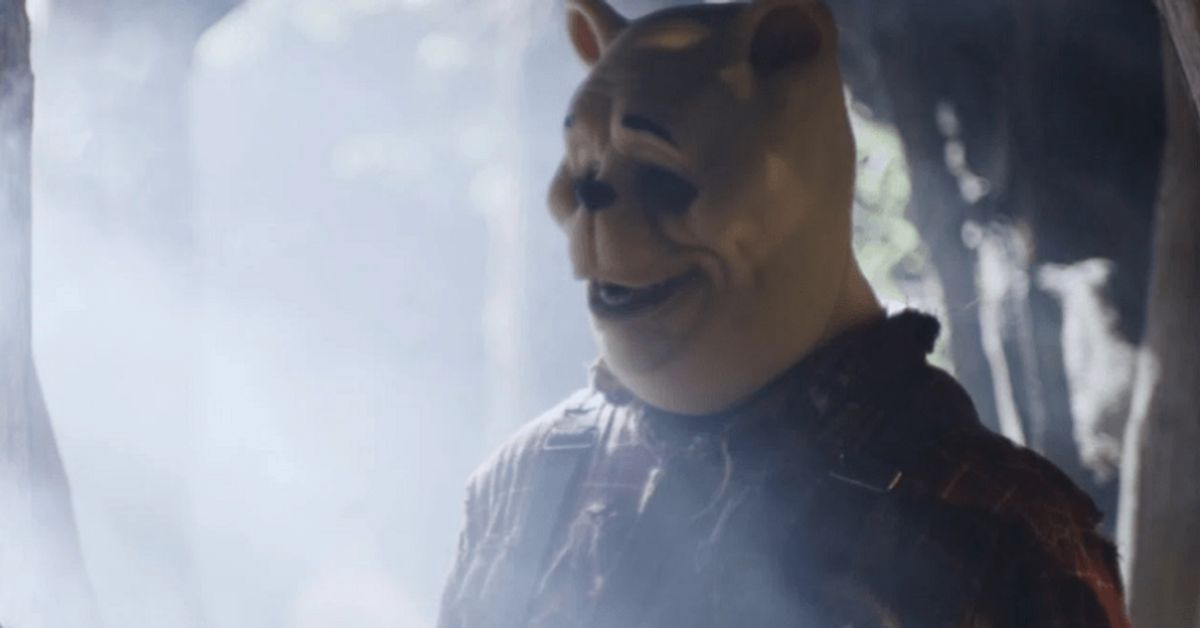 With A.A. Milne’s 1926 work entering the public domain this year, writer and director Rhys Frake-Waterfield’s has reimagined Pooh and Piglet as “feral” animals who go on a “rampage” after being abandoned by Christopher Robin, who leaves for college.

“Pooh and Piglet experienced a drastic drop in food as Christopher [Robin] grew up, so over the years [they] became increasingly hungry and feral,” Waterfield told HuffPost of his independent slasher film.

In the film, Christopher Robin returns with his girlfriend to find that his old allies from the 100 Acre Wood “are no longer what they seem” and have turned murderous — even “eating Eeyore to survive.”

“Upon seeing Christopher, Pooh and Piglet go on a rampage and eventually target a rural cabin, where a group of girls from university are staying,” he added.

“Because they’ve had to fend for themselves so much, they’ve essentially become feral,” Waterfield told Variety. “So they’ve gone back to their animal roots. They’re no longer tame: They’re like a vicious bear and pig who want to go around and try and find prey.”

In the warped trailer, the fictional teddy bear and his pig companion commit numerous acts of gory violence, including using chloroform to drug a bikini-clad woman in a hot tub and decapitating a renter staying in a house in the forest.

The horror flick caused quite the stir across social media in May after Jagged Edge Productions, a U.K.-based indie film studio, released twisted still shots from the movie’s set on the internet.

“We’ve tried to be extremely careful,” Waterfield told Variety of other interpretations of Pooh, specifically Disney’s. “We did as much as we could to make sure [the film] was only based on the 1926 version of it.”

The movie is still awaiting a release date. However, the ominous trailer hints it’s “coming soon.”