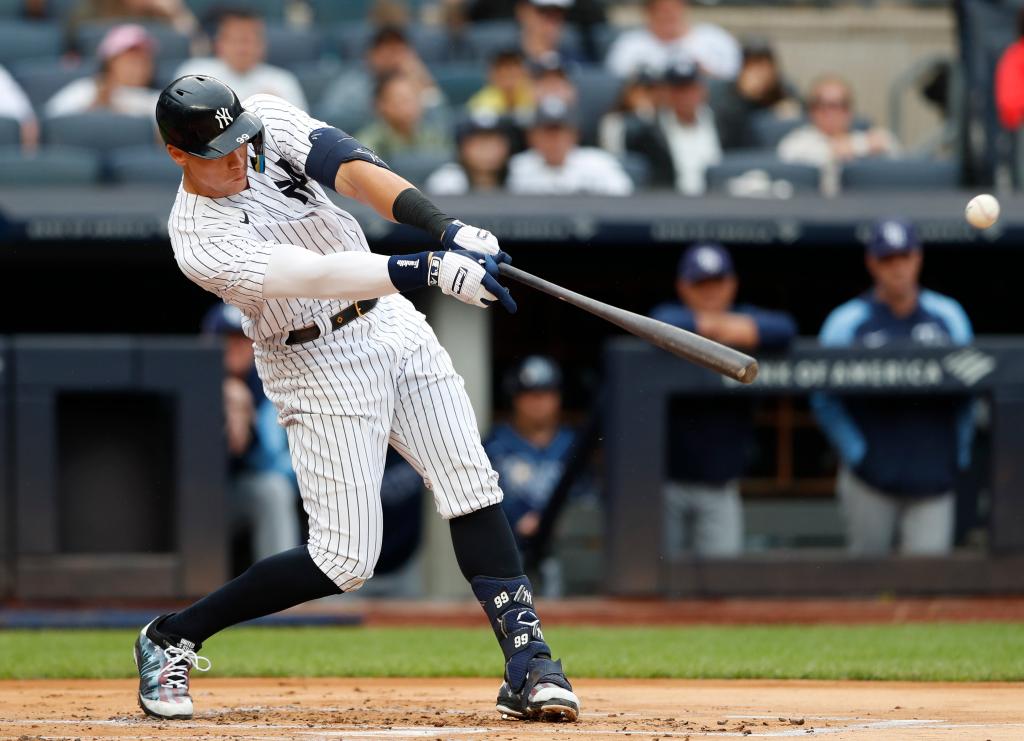 If Aaron Judge’s past homer-less stretches are any indication, pedestrians on Lansdowne Street may want to watch out Tuesday and Wednesday nights.

Judge’s pursuit of home run history will arrive at Fenway Park on Tuesday for a two-game set against the Red Sox, with the Yankees slugger not having gone deep in five straight games after homering in each of the four previous games.

That has Judge sitting on 55 home runs with 21 games to play, still on pace to beat Roger Maris’ American League record of 61.

Judge’s current five-game stretch without a home run marks only the eighth time this season he has gone more than four games without one. Four times, he has snapped the streak at five. In the other three scenarios, the AL MVP and Triple Crown contender has quickly made up for lost time.

Since hitting his last home run in the first game of Wednesday’s doubleheader, Judge has still been productive at the plate. He is batting 8-for-18 with a double and five walks over those five games as opposing pitchers tread carefully when he is in the box.

“He’s a special player having a really special year,” Rays manager Kevin Cash said. “He’s going to get his hits, he’s going to get his home runs. But if we execute pitches with the guys coming up [before him] and he’s hitting with nobody on base, that can limit his damage.”

Judge went 6-for-12 in the series against the Rays, who only walked him once and it wasn’t intentional.

“I’d like to think we’ve done a very good job of going after Aaron and pitching to him,” Cash said. “I don’t know if that’s the best decision, but we do value not letting him get on base because we know the other hitters are very dangerous.”

The Yankees activated Jose Trevino from the paternity list on Monday. The catcher had flown back to Texas on Friday for the birth of his second son, Jio.

Starting all three games for Trevino against the Rays, Kyle Higashioka went 4-for-11 with a home run, a walk and two RBIs.

Gerrit Cole will make his fourth start of the season against the Red Sox on Tuesday, followed by Nestor Cortes on Wednesday. In his first two starts against the Red Sox this year, Cole gave up eight runs on nine hits, four walks and three home runs across 10 innings. But in his most recent start against them, he struck out 12 in seven innings of two-run ball.

Yankees prospect Jasson Dominguez was named the High-A South Atlantic League Player of the Week after batting .400 with three home runs and six RBIs in five games for Hudson Valley.