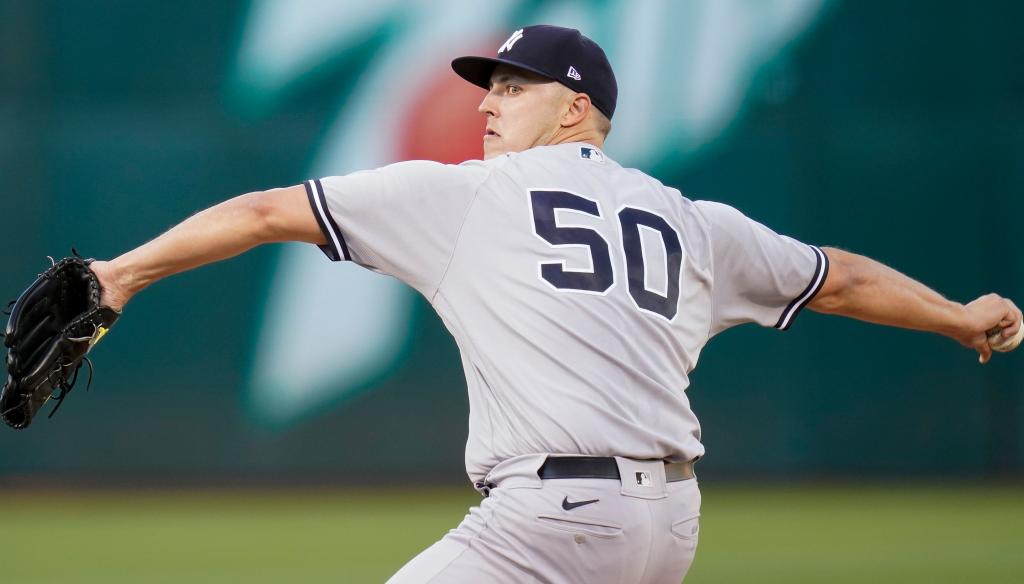 ANAHEIM, Calif. — With the Yankees already dealing with some injuries to their rotation, they felt fortunate Jameson Taillon suffered only a right forearm contusion after being drilled by a line drive from Magneuris Sierra in the second inning of Tuesday’s 7-4 win over the Angels.

“I was a little worried at first with the swelling and pain,’’ Taillon said. “I caught a nice break for once in my career.”

Depending on how Taillon feels in the coming days, he may not have to miss a start. Taillon said he expects to play catch on Thursday’s off day to see how his forearm feels.

Taillon was replaced by Greg Weissert to start the bottom of the third.

Before leaving, Taillon gave up a two-run homer to Max Stassi.

The Yankees’ rotation is already without Luis Severino (lat) and Nestor Cortes (groin).

Severino is scheduled to throw a rehab start this week and could return in mid-September, while Cortes is set to throw his first bullpen since suffering his groin injury.

Greg Weissert, who hit two batters and walked two others in his MLB in Oakland on Thursday, delivered another two innings of scoreless relief after taking over for Taillon.

“It feels great to put that [debut] behind me,’’ the Long Island native said. “It was definitely something to think about, but I knew I got called up for a reason and stuck to my gameplan.”

Prior to the prolonged slump, Torres looked like the hitter he was in his first two major league seasons, with 13 homers and an OPS of .827 in 77 games.

His strikeout rate has jumped from 18.2 percent in those first 77 games to 29.2 percent during his current 38-game downturn.

“It feels like he’s a little bit in-between,” Boone said of Torres’ swing. “He may be thinking along the lines with the pitcher a little too much. He needs to try to simplify [his approach], get in a strong position and get his swing off. He’s one of the guys we’ve got to get rolling.

Torres has also just been average at second base this season, with zero runs saved, according to Statcast, but the added production the Yankees had hoped for at the plate with Torres more comfortable at second base than at shortstop has not proven to be sustainable.

DJ LeMahieu said it was his decision to bunt in a run in Monday’s loss, despite being at the top of the order. “We’ve been struggling to score runs,” LeMahieu said.

Jose Trevino is still dealing with a sore toe. Boone said he thinks it impacted him behind the plate Monday, but could be back Wednesday.

Scott Effross (shoulder strain) is expected to start a throwing program this week. … Miguel Castro’s throwing program is being slowed down because of arm “heaviness,” Boone said. … Harrison Bader is hitting off a tee and continued his running program and could be a little over a week from rehab games.