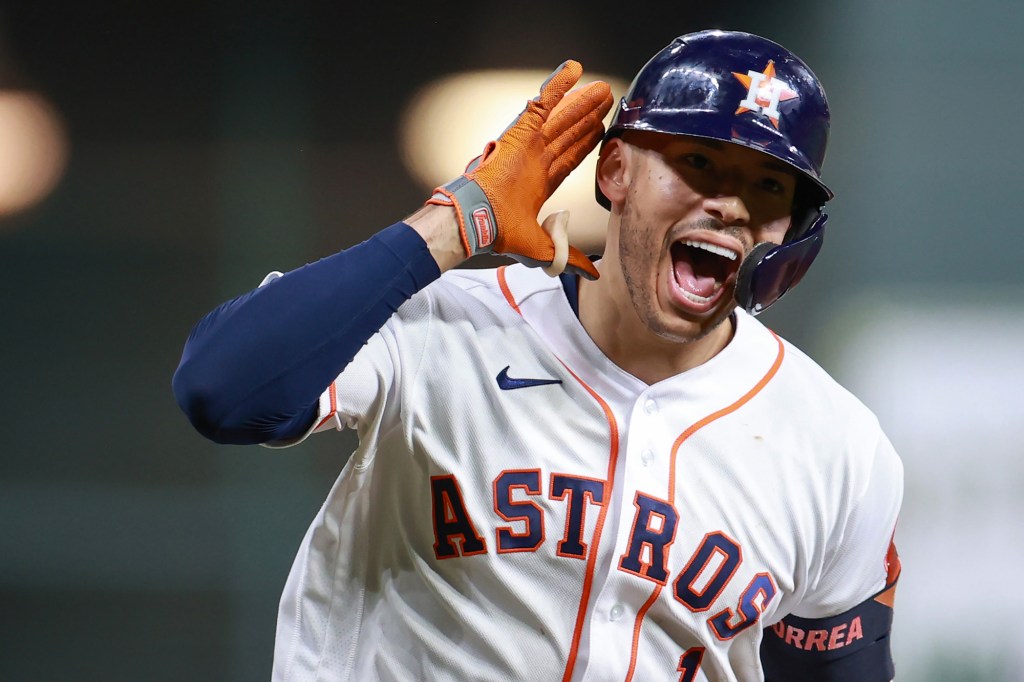 The Yankees’ managing general partner, speaking Wednesday at the Major League Baseball owners’ meetings, said that he would not let the infamous 2017 Astros sign-stealing scandal preclude a pursuit of free-agent shortstop Carlos Correa, a key player on that team.

“He’s obviously a great talent,” Steinbrenner said of Correa. “And look, I think hopefully most people have moved on from that. I think it’s only healthy to move on from things like that instead of stewing on it year after year. But people are going to have the opinion that they have about that particular player.

“But in general, we are going to look at every single option. It’s the same thing we do every year. …if (Brian Cashman) brings something to me, I’m going to seriously consider it.”

Cashman, the Yankees’ general manager, met with Correa’s agent Jon Rosen last week at the GM Meetings and said that in the first phase of free agency, when clubs gather information about prospective players and their price tags, the story surrounding Correa wouldn’t be a factor. It could be later in the process.

The Yankees are on record saying they’d like to add a shortstop, and Correa heads an impressive list of free-agent shortstops that also includes Javier Baez, Corey Seager, Marcus Semien and Trevor Story.