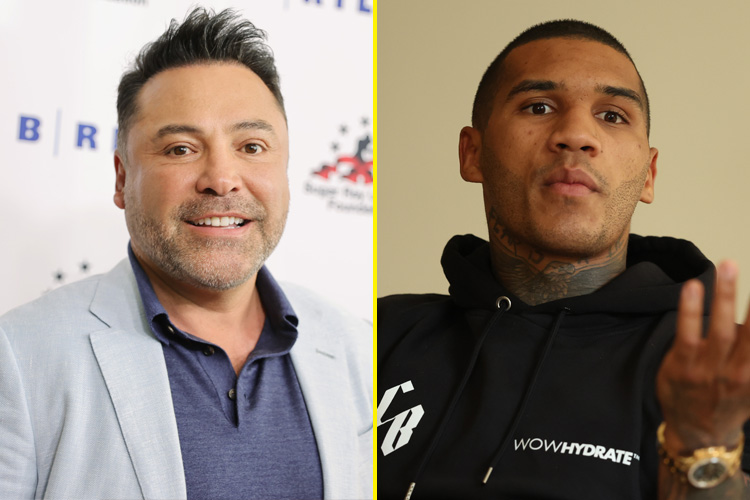 Oscar De La Hoya believes doping should be taken more seriously in boxing than in any other sport.

This comes in the aftermath of Conor Benn failing two drugs tests in the build-up to his scheduled bout with Chris Eubank Jr in October.

The pair were supposed to clash at the O2 Arena in London on October 8, but Benn tested positive for the banned substance, Clomifene, in two separate VADA (voluntary anti-doping association) tests.

Clomifene is typically used as a fertility drug for women, but it can also be used to raise testosterone levels in men.

Benn has since voluntarily relinquished his boxing licence with the British Boxing Board of Control, the organisation that prohibited his fight with Eubank Jr from going ahead.

With that being said, Benn has protested his innocence, claiming that he is a ‘clean athlete’ and that the failed tests must have come from food or drink contamination.

There have been a lot of opinions from inside the boxing world about the situation and now former six-weight world champion and current promoter, Oscar De La Hoya, has weighed in.

“Anyone cheating in any sport is a no-go in my book, that’s just the bottom line,” De La Hoya told Boxing Social.

“You’re smashing somebody’s brain in, so if you’re failing a test it’s a no-go.